Categories: Plastics in the automotive and transport industries, Quality control of polymers and plastic products

The laboratory washing unit allows the practical simulation of stress on the painted surfaces in an automatic car wash unit. Up to four test sheets can be moved back and forth under a rotating brush simultaneously. During the process, the brush is sprayed with a washing suspension that simulates dirt in the road. The advance movement of the test sheets, the direction of rotation of the wash brush and the active spray nozzle are coordinated with each other.

According to UNE EN ISO 20566:2013 standard, this testing machine determines the scratch resistance of organic paint coatings, in particular, paint coatings that are used in the automotive industry to test their washing resistance in car-wash tunnel systems. The test method simulates automatic washing in a laboratory using a rotating brush and synthetic dirt. The test conditions are designed to simulate as close as possible to the real conditions in a car wash tunnel. If the test parameters are chosen appropriately, the method can also be used to test protective films and other plastic components.

The specimens tested are examined within two hours of drying: 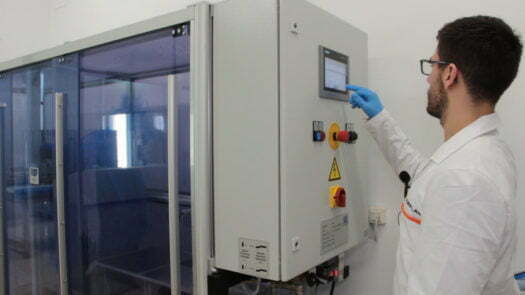 The gravel impact strength of the coating under test is tested by projecting many small bodies with sharp edges in a short period. The material used in the test is gravel of different sizes, which is projected on the coating with a defined angle using compressed air. The damage caused will depend not only on the angle but also on the pressure level, the mass of the projectiles, the duration of the bombardment and the design of the test apparatus. 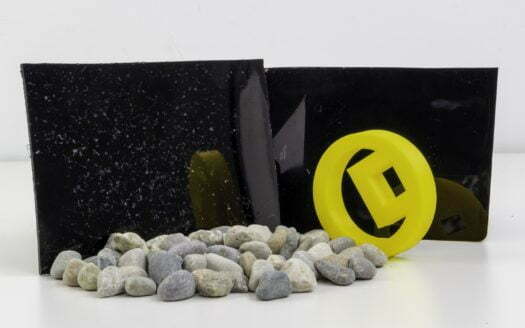 The vibratory conveyor transports the gravel from the funnel to the air jet in front of the accelerator nozzle. It is designed so that the grain feed speed can be varied. The device is capable of projecting 500 g of grain for 10 seconds. The pressure chamber is large enough to allow the specified working pressure of 200 kPa to be maintained at a constant level for at least 10 seconds while the solenoid valve is open. The impact of the gravel occurs in the body of the testing machine, where the specimens are then removed to be assessed.

The result of the test can be made visually or through optical images. The reference standards represent classifications from 0.5 to 5.0 in 0.5 intervals. In addition to the degree of chipping, the main level of separation or the layers of the paint system between which the loss of adhesion occurred should be specified if possible. Marks are not evaluated.

The following testing standards can be carried out thanks to this testing machine: 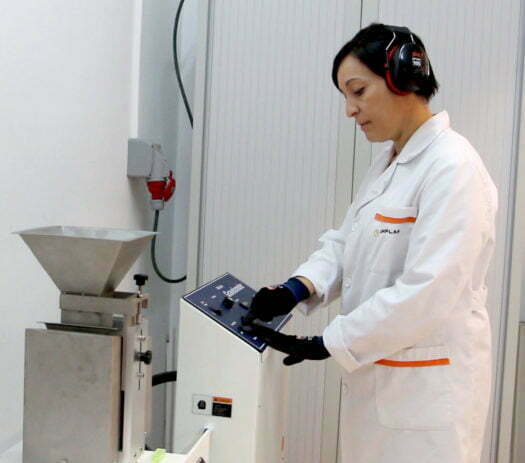