The new BREAD4PLA biodegradable packages recognised by the European Commission 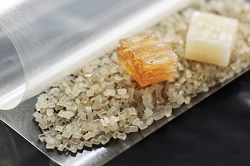 The next 31 May, The Egg Conference Centre in Brussels will host the prize-giving ceremony of the awards to the best 2015 LIFE projects. The vote is already open. Then, we will know the five “Best of the Best” among the projects pre-selected.

AIMPLAS will attend this ceremony on behalf of the consortium of one of the projects chosen, as Project Coordinator: BREAD4PLA LIFE10 ENV/ES/479.

Thanks to this project, a new fully biodegradable packaging for bakery products from the wastes generated by the industry has been successfully developed.

Researchers from CETECE, the Cereals Technology Centre, (Spain), the Agricultural Engineering Institute, Leibniz-Institut für Agrartechnik Potsdam-Bornim e.V. – ATB (Germany), the Biocomposites Centre from Bangor University (United Kingdom) and AIMPLAS (Spain), with the collaboration of Panrico and Grupo Siro, have achieved to obtain polylactic acid from fermenting crusts and sliced bread and sponge cakes wastes. From this compound the polylactic acid (PLA) has been obtained. It allows to produce a film with which elaborate bags and trays for different products of the bakery sector.

The new packages have oxygen and water vapour barrier properties that make them useful especially when packing pasta and sweets and achieve a twelve-month shelf life, equal to the traditional packages of this kind of products, such as polypropylene (PP) packages. Another advantage is that they reduce the rancidity of packaged products in relation to traditional packages. Furthermore, from the environmental point of view, the new packages are biodegradable and compostable.

Thanks to this development made by AIMPLAS, it has been achieved to recover the bakery industry wastes that, until now, were mainly used in animal feed. We also obtain eco-friendly biodegradable and compostable packages that are reused by the same industry from what they come. 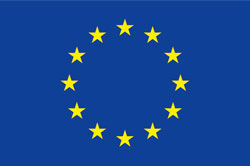