The presence of litter in seas and oceans is a problem that moves forward in parallel to the industrial economic development of society, which is of increasing concern. A very visible part of this contamination corresponds to plastic wastes that consumer do not place in specific collection points. In the line of environmental responsibility that AIMPLAS follows, they have opted for promoting a project to allow acting responsibly in view of this situation, from which the project REPESCA_PLAS arises. 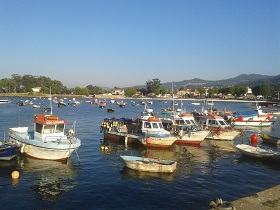 Thanks to the support of the Fundación Biodiversidad, the Ministry of Agriculture, Fisheries, Foodstuffs and Environment, through the programme Pleamar, co-funded by the European Maritime and Fisheries Fund, the project is going to foster the collection and identification of plastic wastes in the ports of Gandia and Vigo by fishermen from the area to analyse subsequently both their type and impact on marine fauna. In addition, in the last phase, different valorisation possibilities for wastes will be defined for their application in the manufacturing of new products at industrial level.

In the project REPESCA_PLAS, coordinated by AIMPLAS, other associations take part: Fundación Global Nature, the Asociación Vertidos Cero, the University of Vigo and the Association of Fishermen of Gandia. The project began on 1 January 2018. In a first phase, the collection points in ports will be defined for their subsequent characterization. For that purpose, a road map will be performed in each place and a dozen fishermen will be trained for these tasks to be properly performed. For seven months, the Association of Fishermen of Gandia and fishermen making catches in the Port of Vigo expect to collect at least 300 kg of marine litter during the seven months of this phase. 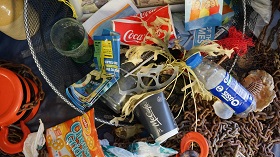 In a second stage, AIMPLAS, the Asociación Vertido Cero and the University of Vigo will be responsible for characterizing the marine litter collected to define both the type of wastes and their nature and eco-toxicity. From these tasks data on the effect of plastics in the reproduction of marine species will be obtained and all the information will be provided to MAPAMA’s official monitoring programme of marine litter.

The final result of the project will consist of analysing the different valorisation possibilities of plastic wastes and their possible applications, which will lead to the manufacturing of two types of demonstrative parts.